Summertime and the Living Ain't Easy! 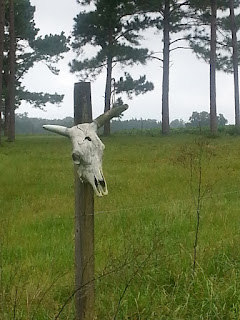 Summertime and the living is easy.... When Gershwin wrote those lyrics he must have been describing his single, childless, orphan friends. Since I’m none of those things the living ain’t easy. It is aggravating and sometimes difficult.

Yada yada. I know I am fortunate. I'm healthy, my aging parents who live in NW Florida are still alive, my kids who were residing in different parts of NC are happy enough, and my husband who resides most the time at a job site or apartment in North Alabama hasn't divorced me yet.

Our home is in beautiful East Tenneesee, but I spent most of the summer on the road. Traveling one direction and then another to help out, (annoy and be annoyed in return) by family.

I love them with all my ice-cold (I've been told) heart. However, if you want to label me an ingrate go ahead and judge. I know I would.

If you follow my social media posts you know my life is so good, if it wasn't my own I'd be jealous. Thought I'd rub it in and share just how good it is… good and AGGRAVATING. 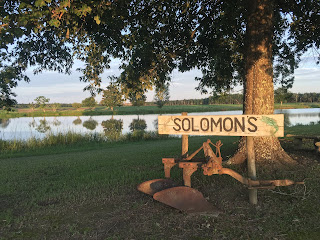 I began summer by spending quality time at my childhood home on Solomon's Happy Hill Farm. Both my parents have been in and out of the hospital, and my dad is not well.

While there to help, I managed to tick off relatives and non-relatives alike by asking questions instead of taking orders, cleaning house, mentioning hospice, and God forbid doing the laundry.

I didn't just wash the Sunday go-to-church attire or going-out clothes either. Nope, I had the audacity to wash the manure drenched work clothes that were drawing flies to my mom's back porch. The hired help was not impressed with my laundry abilities, and let me know he did not appreciate me butting in.

Then my mother who was already fed up with me for cleaning house tossing out important plastic kitchen containers, reprimanded me for being childish when I tossed his clean, dried laundry back on the porch for him to fold himself. I figured it was the least I could do, as I'd already denied him the pleasure of washing and drying his own laundry.

Childish, I told my mother, would be to dump it in the cow pasture and stomp it into the manure! I (not bragging) refrained from that!

I'm going to skip over other highlights of my visit, but by the time I left, only my Daddy was sad to see me go. He was still well medicated. 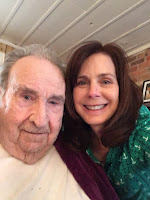 My social media is divided into two categories, the people that grew up with me, and the people that came after. The latter group will think I make these things up, but I'm pretty confident the people I grew up with will know, if anything, I'm omitting the best parts of my visit to Walnut Hill, Florida.

After Florida, I hightailed it to North Alabama, where I enthralled my husband, Randy, with stories of my visit to the farm. If he had paid attention I wouldn't be blogging VENTING. What would a writer do without family to inspire and motivate!? 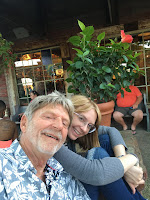 My husband was distracted by the TV and a headache (a.k.a a work project that had him trapped in Alabama all summer long). Randy didn’t get to share the joy of moving our daughter, Tabitha, out of Chapel Hill, North Carolina.

Tabitha graduated from the UNC grad school, and her new employer is in Huntsville, Alabama, only thirty minutes away from where her Dad works. It’s the first time in a decade he’ll have one of his children closer than an airplane ride away. Now that she’s all grown up and soon-to-be financially independant he’s thrilled about it!

Such a happy time, as you can see from Instagram photos I've shared. What's not pictured: the disagreements, frustration, anxiety, and tears behind those fake smiles.

This time next year we'll all be laughing about it. I'm already laughing about the used car salesman who called himself an IT recruiter, and demanded my indecisive daughter make a decision right then and there about his job offer.

Not so funny was the interview in NYC where Delta screwed up Tabitha's flight back home, and took her off the plane she had boarded and left her stranded in Newark, New Jersey as the airport was closing. Then the hotel we got her so she could get some sleep (none of us slept) failed to mention that they didn't have a shuttle running early enough to get her to her early morning flight the next day. She had no cash for an Uber, and the hotel she'd stayed at previously, paid for by her potential new employer, had placed a hold on her bank card in case she drank the liquor or stole the bed linen. Both of which would have cost more than the amount of money she had left in her bank account.

Then there was my road trip to NC to move her home. It's a little funny... now. Except for the part about her car which was, and remains, in the shop in North Carolina. 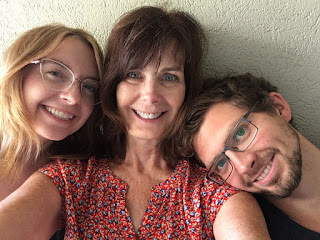 On my way to Chapel Hill I picked up my son, Jordan, in Asheville, NC. He was to help us with the heavy lifting and the U-haul. Only he woke up sick, and Tabitha and I had to do it by ourselves.

No surpirse. It’s uncanny how many times the men in our family have some life-threatening illness, or an important work or school project that just happens to coincide with some fun family activity involving grunt work.

Tabitha and I argued over how to pack, worried it wouldn't fit, and got lucky on parking as neither of us could back up a trailer. If her sofa hadn't been moved to TN earlier, we would have had a serious predicament.

Once our trailer was loaded the next hurdle was a hotel parking spot that I could get in and out of. If you’ve ever visited a college town, you know why I was stressed out about it. Luckily there were no sporting events.

On our way back to TN, in an effort to avoid the narrow backroads of Jordan's Asheville abode, I took a detour he suggested, which did not take us back to the interstate. Instead we went the scenic route through NC which meant hairpin curves, steep mountains, and unhappy people who preferred to drive faster then 25 mph behind a U-haul trailer. We were queasy the entire drive.

The good news, according to Jordan, was we were not on the infamous Dragon's Tail. That would be the road he took a few years back when he drove from NC to TN after owning his new-old motor bike for about five minutes. I'm still cringing.

On August 20, Tabitha began her new job as a UX Researcher for Trideum in Huntsville, Alabama. I stayed in Alabama long enough to see her return from her first day of work. As soon as I saw her return home (driving her rental car) I could tell she was going to be fine. 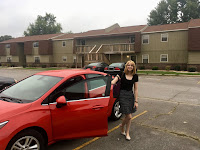 She's happy with her life decisions, and I'm happy she's happy. It makes it easier to tolerate the fact that her car is being held hostage at a Fiat dealership in North Carolina due to the Fiat Chrysler manufacturer's inability to produce a transmission

Apparently there is a nationwide transmission shortage on Fiat 500s. Her car has been in the shop since early July. Which meant she had to move without it, is now having to rent a car to get to work, they have no idea when the part will come in, and once it does she'll incur the expense of another trip from North Alabama to and from North Carolina.

We've complained to every customer service representative from the Fiat dealership to the USA.GOV. None of whom are optimistic.

On the bright side, Tabitha has a job she loves, and by the time they find a transmission for her car, she will not even need that credit card we co-signed for her so she could afford to pay for it.

Summertime and the living ain't been all that easy, but it's been fun. Just look at all my photos on social media. Wink, wink. 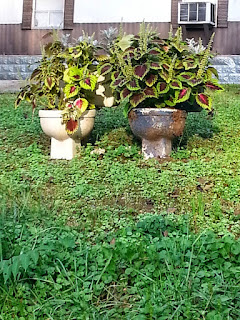