Here I am, along with my new friend Geilesha Kurfman, and more than 500 other people on a rainy Earth Day 2017, attending the March for Science in Knoxville, Tennessee.

I had hoped to blog, and publish the following photos immediately following the science march. However, my dad was hospitalized, and I've spent the last several weeks in my home state of Florida.

Anyone who thinks I should have been able keep abreast of social media from my father's hospital room has never had my daddy for a patient.

My dad's better, and I'm back in Tennessee.  Here's a glimpse of some of the people, places, and activities that helped make the March for Science successful. 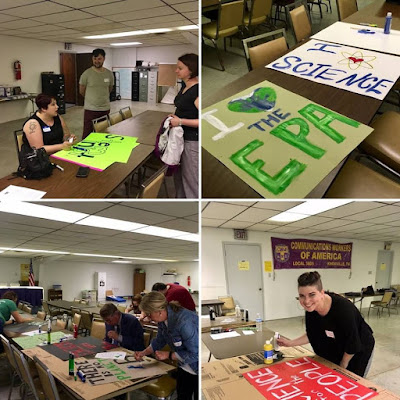 Prior to the Knoxville march an open meeting and sign making event was hosted by our fearless University of Tennessee STEM leaders Dr. Ben Allen, and Simone Godwin.

Ben is pictured in the upper left corner along with Geilesha, and Simone is in the lower right photo.

These two did a fantastic job spearheading the march.  I wish I had captured the touching speech Simone gave the day of the march on what it means to be a female/lesbian STEM. 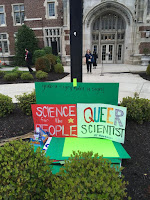 Simone is 25 years old, and I couldn't help but reflect on the vast differences that have taken place since I was 25. (I'm 57 years old.) STEMS were usually men and everyone was in the closet! 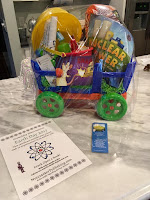 Growability is a non-profit located in the heart of Chattanooga. They grow food, skills, and jobs! Their focus is to empower and employ people with disabilities.

I donated a gift basket which included books, and an author school program/presentation.

I'm looking forward to participating in another of their events: the grand opening of  Cafe F'rall! According to the website it's an affordable cafe which will offer job training to people with disabilities.


The Knoxville March for Science took place on Saturday, April 22, 2017 on Earth Day.

There were over 500 people at the march, I  can count on one hand the number of people I'm acquainted with in East Tennessee, and one finger the number I assumed would be Marching for Science. So I was delighted to run into my neighbor, Hardy DeYoung. I may have misjudged my neighborhood.


Meanwhile in North Carolina these two  participated in the Raleigh March for Science. I have to admit it's a great slogan on their poster. However, I understand now why when I was in college my father changed the word hell to heck in the article I submitted via him to the local hometown newspaper. I finally forgive you Daddy! 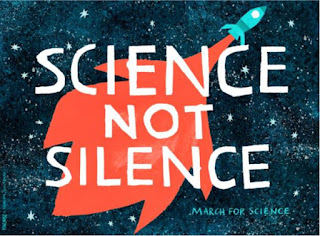 Special thanks to the American Nuclear Society for featuring my story: Why I will "March for Science" on the ANS Cafe: All things Nuclear blog.
Posted by Amelia Frahm at 8:28 AM 4 comments: