Nuclear Plant Issues SCRAM Alert Due to March for Science 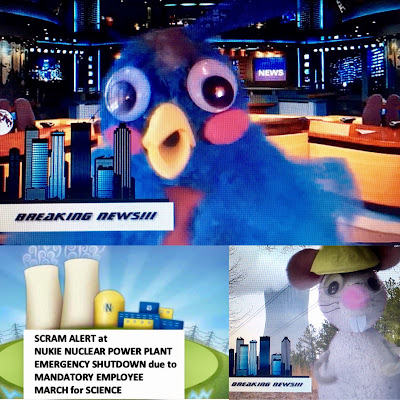 Thanks to ANS Nuclear Cafe: All things Nuclear   for featuring my story. This blog is an unedited version of the article seen in ANS Nuclear Cafe which depicts what happened during the release of my children's book, why I feel compelled to participate in the March for Science, AND why I will always be grateful to my colleagues in the nuclear industry!

Nukie Nuclear Power Plant has issued a SCRAM alert and an emergency shutdown has been declared due to a mandatory employee science march.

This is not a fake news story, but my sitcom of a real life as the author of a children’s picture book about nuclear power plants, and why I’m crawling out from under the proverbial (uranium) rock I’ve been hiding under to March for Science. 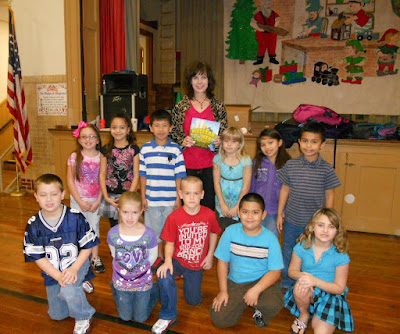 In case you don’t remember, I’m Amelia Frahm,  the disgusting example of motherhood, or as I refer to myself, writer, educator, and cancer survivor who wrote the children’s picture book  Nuclear Power: How a NuclearPower Plant Really Works!

As a fiction writer of factual topics, the best way to authenticate anything I write about or critics taunt me about is by supplying factual information provided by people who are experts in the sciences.

In the aftermath of the 2011 Fukushima nuclear disaster I released a children’s book I hoped would incite the curiosity of children, who like me, were not technically inclined. It was intended as a resource to explain the basic operation of a nuclear power plant.  If ever there was a time that children might need an explanation about how a nuclear power plant operates, I thought post-Fukushima would be it.

Instead the book was called nuclear propaganda for children. I was called everything from morally bankrupt to an unfit mother, and one person went so far as to call me a nuclear pedophile. I was proclaimed a sick, confused, cancer victim (not survivor) who should be ashamed of herself for promoting the very thing that caused her cancer.

My reputation as an author —and even mother—was smeared by people who literally did judge a book by its cover and would choose censorship over education.

The book that provoked this social media speculation, exaggeration, and downright hatred was a picture book about a bird and a rat who speculate, exaggerate, and blame anything they don’t understand about the Nukie Nuclear Power Plant on a cat they don’t know personally, but dislike anyway.

I could see the humor in it, but not enough to negate the nausea I felt reading comments like:

“I’ve taught my kids to be scared witless of nuclear power!” “You cannot be serious!  How evil are you?”   “…disgusting example of motherhood.”

It was the STEMS who defended me by pointing out that disagreeing about an issue is not a reason to censor the topic, but rather the reason it should be studied.

My defenders were tough, articulate and seasoned nuclear professionals, who I will forever be grateful to, because in 2011, I was unprepared for the hatefulness exhibited by grown ups who would censor a children's book based on its title and topic.

I soon discovered that the very credentials that made my STEM colleagues knowledgeable about nuclear power plants were pointed to with disdain and used as a tactic to provoke suspicion by people who disagreed with them. 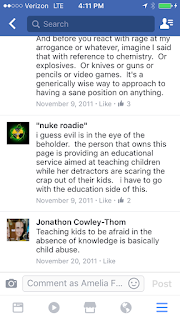 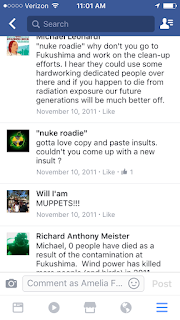 These tactics are especially effectual when the boring truth is just not as captivating as attention-seeking, inflammatory sound bites like the one below directed at me.

“Once you’re done convincing your kids that nuclear power is totally safe you can buy her other book to explain the unfortunate cancer it gave them!”

I understand why people would look at a nuclear power plant and be scared witless in the aftermath of the Fukushima disaster; I feel the same way every time a plane crashes, despite having once worked as a flight attendant.

What I cannot stand, and crawled out from under my uranium rock to help prevent, is using fear to censor science.  Especially when factual information provided by scientific research or even a contentious children’s picture book could potentially lessen those fears.

When you give a child a lesson plan or a picture book, often the parent learns something as well.  That is a problem for people whose opinions are based on alternative facts, and like the characters in my “Nuke” book feel compelled to denounce what they know nothing about.

I've reaped a lot of fruit due to ignorance. It’s not easy to rinse out the lingering taste of embarrassment, so maybe this judgmental assumption will prove true:

“Someday you’ll reap the fruits of your ignorance but [sic] you probably won’t even know it.”

My ignorant opinion is that before anyone be allowed to censor anything—be it science or a children’s picture book—they should first be required to visit a library, read books from both sides of the aisle, do their own scientific research, and write their own darn book.

As it says in my book, “It took them a while to figure out they were arguing over something they agreed about.”

Most of us do want the same things, like a healthy earth and better future for our children. We just disagree about how to achieve them. Provided we don’t silence it, science will tell us which direction to march. Those of us participating in the March for Science believe that direction is forward!

More on my experiences publishing my children's book about nuclear power plants can be found by visiting: Go Nuclear or Environmentalist for Nuclear.
Posted by Amelia Frahm at 7:18 AM No comments: