My son, Jordan, does not remember a time his mother was not a breast cancer survivor or a children’s book author.  He and his sister, Tabitha, have an impressive resume of marketable skills they acquired while helping me establish NutcrackerPublishing Company.

While still in elementary school they were pros at collecting book sale money at speaking engagements, or creating and selling balloon animals at fundraising events, and my daughter’s personal favorite (NOT), being interviewed by media.

As they grew up they educated me on the technicalities of my first website, and later social media.  They did everything from dressing up as the Tickles Tabitha character to critiquing my presentations.

It was only this year that Jordan realized, what he viewed as ordinary and often embarrassing, some of his college classmates thought was totally awesome.

So maybe I gloated a little bit.  It was one of those -I TOLD YOU SO- moments every Mom with a young adult child  appreciates.


Teachers often ask me to share how students might come up with a writing idea. I always advise educators and students to pay attention to what goes on in their own lives.  Sometimes the very thing that bores or annoys them most (like having to help out with your mother’s author events) may one day inspire an idea to write about.


When Jordan called and said, he had a writing assignment he thought I might like, I knew better than to be flattered, but I could not have been prouder.

Jordan, is a senior, majoring in biology at Western Carolina University. 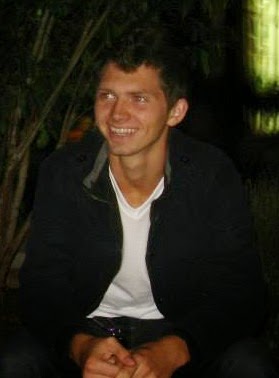