“Your odds are good, but I wouldn’t go to Vegas if I were you,” said the oncologist with the best bedside manner NEVER… At least according to some patients – but he and I shared the same perverse sense of humor!

Twenty-two years later… I’m thinking I should have gone to Vegas!

January is my Breast Cancer Anniversary.

Before the movie popularized the term “bucket list,” I had one! Luckily, I had checked the really death-defying ones – sky diving, for example – off early.  Back when I was young, invincible, and coordinated –and before a husband, children, and a reason to live!

This year I decided to celebrate life in 2016 by stepping out of my comfort zone and doing something fun once a week – or at the very least once a month. The only thing that’s kept me off the couch and out the door so far is my daughter Tabitha.

One week we hiked and last week we went ice skating for the first time in years. 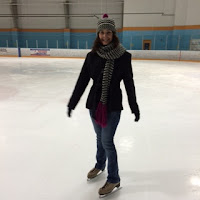 It is becoming clear to me that the longer I live the more death defying things I used to consider fun have become.  Even hiking my neighborhood is beginning to make me feel like a wuss. Not just the actual hike – which is the equivalent of walking up the black diamond of a ski slope – but the wild animals my neighbors keep reporting they’ve seen! Anyone else seen, The Revenant?

In 1994, I remember bartering with God and suggesting he let me live long enough to see Tabitha get married.

She’ll turn 26 in April. Perhaps this sheds a little light on why her mom, unlike my own mother (who never missed an opportunity) has never ever demanded she catch the bridal bouquet.

Yesterday we had our first snow, and the roads off our mountain were impassable. Snow days make it easy for me to stay home and write; unless I’ve found a lump in my breast and I’m scheduled for a biopsy.

In January 1994, that is exactly what happened.  The snow could not melt soon enough that year.

I recall lying on the examination table of the doctor’s office where I had gone for my biopsy. Thank goodness he had removed the needle, before I heard Tabitha howling in agony!

My husband had dropped me off and taken our children to get some breakfast. Tabitha had insisted on a chocolate (no shock here as she’s my daughter) milkshake. It was still freezing cold outside and her fingers had stuck to the milkshake cup.

Nope, she was not wearing gloves, and more than likely she had argued about wearing a coat too.  Her argument being that the inside of it was too cold.

I’m sure every woman between Mickie D’s and the Doctor’s office swooned at how adorable it was that my husband let her get away with this sort of thing.  However, I can tell you, I would have and did receive the stink-eye every single time I allowed either kid to win one of these arguments.

Present-day, Tabitha has been assisting me with the manuscript of a children’s book I wrote for her years ago. I had all but forgotten about it, but it was one of her favorites.  It is a feminist fairytale about a hard-headed princess and her adoring father. 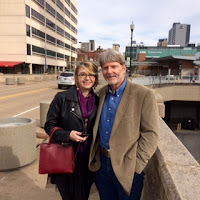 How did I ever come up with that idea?

There was no Queen in the story.  One can assume she died from breast cancer.

Lucky for me, my life was not a fairytale, but more like a sitcom.  Long live the Queen!

Posted by Amelia Frahm at 4:11 PM No comments: