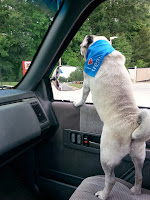 In July we sold our North Carolina home; the movers came and hauled our things to storage; we helped our daughter move into her own apartment in Raleigh, NC, and watched as our son drove back to Cullowhee, NC, where he now lives and works while attending Western Carolina University.

The dog and I drove to Alabama to join my husband, Randy, where he has worked full-time and lived part-time for years. Instead of commuting by air, we get to live together and commute mostly by car. We have been spending weekends driving to TN where we plan to build a house. A house we will move into without our children.

It happens to all mothers, and it has happened to me. The babies my life revolved around, and the reasons I wrote a children’s book in the first place, have grown up.

On September 14th, I watched as my children paid a dollar to dance with the groom, their close childhood friend Andrew Toperzer, at a wedding reception held at his parents’ home in Eau Claire, Wisconsin.

As I gazed across the dance floor at my own kids and our former Minnesota neighbor kids, it was that surreal feeling of disbelief, pride, and surprise. In my mind, I still - and probably always will - picture the children they once were.

My son, Jordan, was a chubby, dimpled five-year-old, and my daughter, Tabitha, a precocious seven years when we bid good bye to the first best friends and neighbors they loved, and moved across the country to Minnesota from Tennessee.

Our new neighbors, Steve and Denise Toperzer, came over with all four of their children in tow to introduce themselves.

Paul, their oldest son, was around 13-years-old, and had a look that said he would have rather been anywhere else. In time we came to adore Paul, and even liked his gang of friends I tagged “the lost boys”, but my first impression was that I would have been fine with him being anywhere else!  Ha!


Eleven-year-old Krista, their oldest daughter, was shy and quiet, but her mom let us know that she had just been certified to babysit. My children would soon beg for us to go out alone so Krista could babysit them.

Andrew, whom I would be accused of favoring, was, eight, and the only child who looked enthused to meet us. Of course I favored him- despite annoying me with his biased opinions on anything and everything, he was the kid most apt to do my bidding on any harebrained project I might have- and he didn't mind bending a rule or three.


Laura, their youngest, was a year younger than Tabitha. I don’t remember if she stayed to play that very day, but I do remember that after quietly sizing each other up, it took about a nanosecond for another precocious child and Tabitha to decide they would be best friends forever.


It seems unbelievable that this all took place more than a decade ago. Or that this January 2014  it will be two decades since I was diagnosed with breast cancer and first penned Tickles Tabitha’s Cancer-tankerous Mommy for Tabitha and Jordan. It has been a life-altering journey full of highs and lows, some of them occurring at the exact same time.

I once told a Minnesota audience that not even a telephone fortuneteller (this was before the internet) would have predicted all that had happened to me because it would have sounded too far-fetched.

After all, who in their right mind would have believed I would end up living in Minnesota? Or miss it when I left?

The Nutcracker Publishing Company has given me a career, identity, and recognition outside of my life as a wife and mother. But best of all, it gave me the ability to mesh my personal and professional lives. In between media pitches and book events, there was unicyling club, children’s parties, and even cross-country moves.

While my children were preoccupied with the drama that childhood provides like- the infamous neighborhood war Tabitha and her best friend forever, Laura, fought with the neighborhood kids-I was setting up a web site and establishing my reputation as a writer.

Nutcracker Publishing Company celebrates its 13th anniversary this October. I have decided it will be my last year. My husband says, and it is true, I am always excited to leave a place behind and venture on to something new, but I still cry when I leave.

In the blogs that follow this one, besides sharing what is going on these days, I thought I would reminisce about the things that happened along the way- the people, places, and even world events that have made it interesting.

Posted by Amelia Frahm at 7:57 AM No comments: