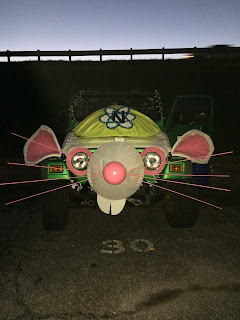 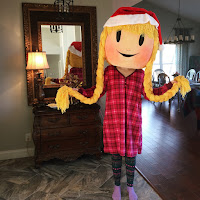 
The power outage had nothing to do with nuclear power… but I couldn’t resist that headline! It’s just the type of sensationalized news I’ve grown accustomed to seeing when it comes to nuclear power plants. 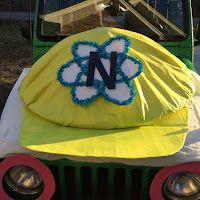 The only thing our power outage had to do with nuclear power is that it prevented us from lighting up the giant hard hat our lab rat-inspired parade float (jeep) was wearing. It did not prevent us from shining a light on nuclear literacy or wowing the children lining the streets of Kingston, Tennessee. 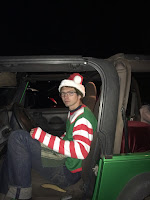 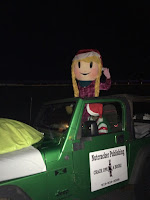 Riding atop our Chubby jeep was Tickles Tabitha the character from my children's book about cancer. My daughter Tabitha portrayed her children’s book self; I sat in back and tossed out candy. My son Jordan was our driver. I don’t remember when I got the bright idea to turn my son’s green jeep into a white lab rat, but I spent Thanksgiving doing it. 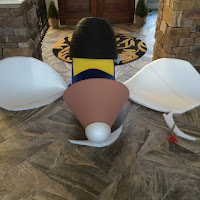 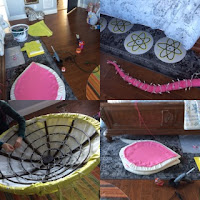 Everything was good to go or so we thought until we cranked up the jeep and turned on the power supply that- according to our in-house experts- was plenty powerful enough to light up our lights. Instead they blinked and went out. 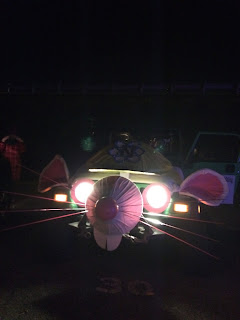 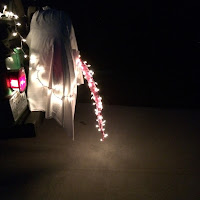 As they say, the show must go on… so we took off all our Christmas lights
and fell in line behind the Senior Citizen transit bus! 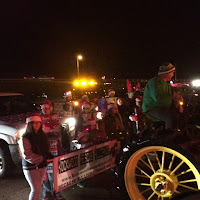 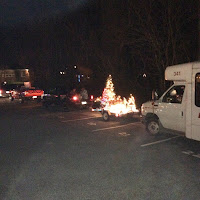 Despite not having any Christmas lights, the kids loved Tickles Tabitha and Chubby. As it turned out, the adults did too. The Monday morning after the parade weekend, I received a notification from Kingston Tennessee’s Park and Recreation Department that our parade entry won grand prize! 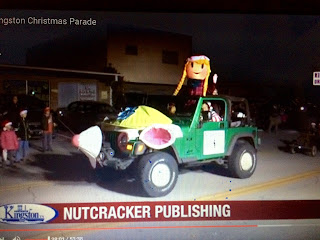 Chubby Rat along with Tickles Tabitha received the prestigious Mayor’s Award.  While I’m not going to brag about how much, it was a CASH reward which we invested promptly in a larger more powerful inverter for the jeep.

The Kingston Tennessee City Council sponsored the parade float competition and floats were judged on the following criteria:

1.  Was a theme covered?
2.  Are there any special effects to enhance it?
3.  Does it incorporate a unique or creative idea?
4.  How is the public appeal? Does the crowd seem to relate to it?

The following award-winners were announced:


Nutcracker Publishing's next parade is December 12, in the Secret City, known as Oak Ridge, Tennessee. With any luck there will be no power outage, and parade bystanders will be blinded by nuclear literacy radiance and #Christmas lights! 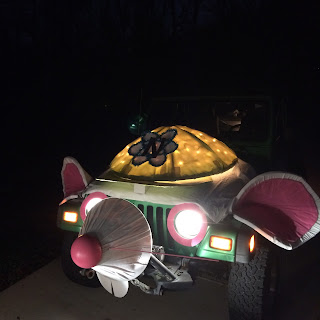 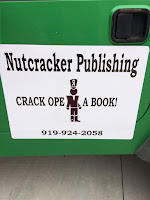 Posted by Amelia Frahm at 4:49 PM No comments: