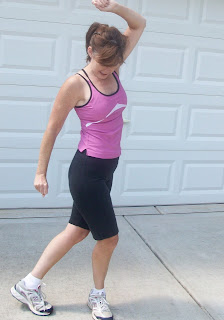 If you would like to be trendy just ask me for suggestions. I have the dubious distinction of being a step ahead of convention, at least among the middle-class suburbanites that surround me. Which means I’m viewed as a dim-witted, oddity by the vast majority of the general public, and all my family members.

I’d like to point out not long ago Barack Obama was viewed as a dim-witted oddity, even without taking his ears into consideration, and look where it landed him!

Being a dim-witted oddity is how I came to own a publishing company. Fortunately, just about the time my company was established and my book went to print, a celebrity named Rosie O Donnell had become a cancer awareness trendsetter, she recommended my book and I didn’t appear so dim. My light lasted about as long as a match.

Trendsetting I’ve discovered only earns one admiration if you’re well known, well off, or not well acquainted with anyone doing the admiring.

I thought I’d risk public humiliation and write about a few of the trends I’m participating in at the moment. They’ve got to be worth writing about as every one of them have provoked some type of self-righteous indignation, or malicious laughter, and I’m once again being viewed as a dim-witted oddity.

Perhaps in another few months or years, I can point back to this Blog and prove I’m not dim, some people are just too blind to see the light.

Trend #1: My commuter marriage. We’ve been practicing it for three years now, my husband Randy is at present working at a 3M plant in Alabama while I live in North Carolina and our children finish high school. It’s not my favorite trend and not for the reasons you might think. Being an oddity I like to move around and I’ve been miffed, I’ve had to stay put.

Trend #2: It’s my favorite daytime guilty pleasure and I confess it’s the reason I don’t get much written some days. It’s not the soaps or the ladies on The View that has me mesmerized- that’s so yesterday. Nope, the only Squawk I listen to comes from the men of Squawk Box, Mad Money, and the Kudlow Report. Which brings me to…

Trend #3: My dirty little secret. It’s such an embarrassment. My husband would rather talk to his colleagues about my breast cancer than tell them this one! I’ve taken up Day Trading. Who knew math or financials could be so darn interesting? My daddy, who loves poker and has the reputation of being very good at it, always said, a professional Gambler never gambles. No, the professionals leave gambling to the idiots trading stocks on Wall Street. Oh, but I've enjoyed being an idiot, trading is just sinfully fun. I hold until I can take some off the top then as Cramer would say, I sell, sell, sell. I’m not the only woman I know doing it either, I’m not naming names but one of my dear childhood friends, had the courage to admit it on Facebook. She who had never even bought a Lotto ticket has been playing the stock market!

Trend #4: I’ve ditched the work out and joined the party! I’m attending Zumba classes. The other night I went to a Zumba party. This trend has probably been around for a while in the Latin community. What took the rest of us so long? Oh I know it must have been our children. After a little demonstration on my part, my children told me they never wanted to see “that” again and wished they could erase that visual from their minds. They’ll just have to get over it because for the first time in like – ever -- I’m actually looking forward to an exercise class!

Trend #5: “Crack Open a Book” children’s programs pertaining to cancer. It’s like
deja vu. As I received the same apprehensive response when I first penned Tickles Tabitha’s Cancer-tankerous Mommy. A cancer education program for school children is a great idea- but is it really necessary?
Trend #6: My next children’s book. It’s taking me longer than it takes plastic to decay. I’m sure that’s a surprise to most my extended family members who think I don’t work, at least not a “real” job. Mine is an “imaginary” position, one where I watch the books fly off the shelves and sell themselves. With all that free time I should have been done already! I know it’s a shocker but writing is work. I’ve been at work writing a children’s book about nuclear power plants. Go ahead and laugh, but so you know, they laughed (behind my back) when I wrote a children’s book about cancer too, right up until Rosie O Donnell recommended it on national television.
Posted by Amelia Frahm at 11:57 AM No comments: