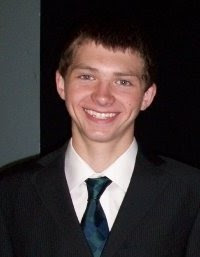 “I’ve had a baaaad (bad) day.” That is what my son Jordan would say when I would ask about his day at Kindergarten. The look on my face, the pity, and the concerned mothering my “Dimple Dumpling” got after blurting out how bad his day was must of made him feel better.

Because for weeks there after when I would inquire about his day at Kindergarten he would reply, “I had a bad day.” Not near as bad as I felt hearing him say it.

I realized soon, but not soon enough for his father and sister, Tabitha that he was playing me.

So one day when I picked him up I bit my tongue and did not ask Jordan about his day. Tabitha and I still laugh about it, because it only took him a few moments to demand, “Aren’t you going to ask about my day?” “ No! Jordan,” his sister told him, “we don’t want to know how bad it was.”

I thought about that this past week as I watched Jordan drive off to school for the first day of his senior year. Not a bad day at all for him, but sad and bittersweet to me. The green eyes and dimples are all that remain of my chubby little boy and every day I have got to spend watching him grow up has been a blessing.

My children have had to handle all sorts of challenges, and living with me with or without cancer was not always a good day either. Yet, they have grown up to be the kind of young people that make me look good when it comes to being a Mother.

I attribute it to all those baaaad days.


Posted by Amelia Frahm at 3:07 PM No comments: